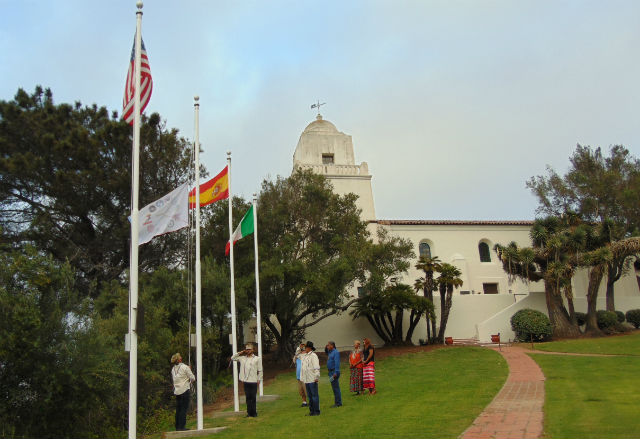 As I chat with Native American students, I remind them of one of my childhood lessons: There are three things that no one can take away from you: your education, your culture or your spirituality.

Missionaries and settlers attempted to take all three from the Native Americans, but failed.

One tool, starting in the 1860s, was the creation of residential schools to force assimilation by removing young people from their families and tribes. Language, religion and traditions, including indigenous dress and hair customs, have been banned or significantly curtailed.

Severe penalties were imposed for the violations. Communication with families was almost non-existent; parents were often not informed of illnesses, runaways or even the death of their children.

A common expression of the administrators of these schools was the need to “kill the Indian, save man”.

As a result of these and other practices, most Americans – and most Californians – know little or nothing of the history or contributions of First Peoples, even though this state has the largest number of Native Americans living in. within its borders. Many mistakenly believe that Native Americans all share a common language, music, cuisine, and traditions.

When I was a kid in school, a teacher asked native students to explain an Indian drum song. We replied that we couldn’t because it was not part of the Serrano or Cahuilla culture, the tribes that my classmates and I belonged to. She told us to sit down because we don’t have to be Indian enough. It was one of my first experiences in class, but not the last, with the ignorance of indigenous peoples.

The good news is that all of us – native Californians and non-native alike – want to do a better job of teaching about Native Americans. This not only applies to teaching Native American students, but all students.

Instead of eradicating or ignoring our culture, we should strive to eradicate ignorance.

Recently, I co-chaired a joint hearing of the Assembly Select Committee on Native American Affairs and the Assembly Education Committee on California Native American Curriculum and Student Achievement. We heard about a model Washington State curriculum, â€œFrom Time immemorial: Tribal Sovereignty in Washington State,â€ which has fostered promising student outcomes and greater tribal engagement. and a better knowledge of the indigenous peoples of this state by all residents.

The teaching of California Indian history must extend to all students so that they can gain a comprehensive knowledge of our State’s past and of the people who have lived here for thousands of years.

Just as students learn about ancient Greek and democratic efforts for democracy, they should also learn about similar early and ongoing efforts on their own continent by tribal councils and tribal governments. Just as students learn about European atrocities such as the Holocaust, they should also understand the genocide of Native Americans. Ancient Roman innovations in water storage and distribution such as aqueducts and irrigation are taught, but not the similar achievements of the California Indians.

Such an education would also help prevent incidents such as the Riverside math teacher who recently wore a false Indian headdress and jumped mindlessly into his class to teach the principles of trigonometry. The disrespect behind this episode underscores the need to better integrate Native American studies so that the history of all Californians is taught and learned. Our teachers need more tools to do their jobs, and we need to demand more from our teacher education programs.

As we move forward together to honor the factual history and culture of the California Indians, we will truly establish a mutual respect and appreciation that recognizes the First Peoples of California.

Member of the Assembly James C. ramos, a Democrat from San Bernardino County, represents the 40e Assembly district. He was the first California Native American to be elected to the California Legislature. Ramos is a longtime resident of the San Manuel Indian Reservation and a member of the Serrano / Cahuilla tribes. He wrote this for CalMatters, a public service journalism firm committed to explaining how the California Capitol works and why it matters.

What happened at the 21 Native American boarding schools in Minnesota? Unpacking a…

Most Colorado schools with Native American mascots will avoid fines, for now