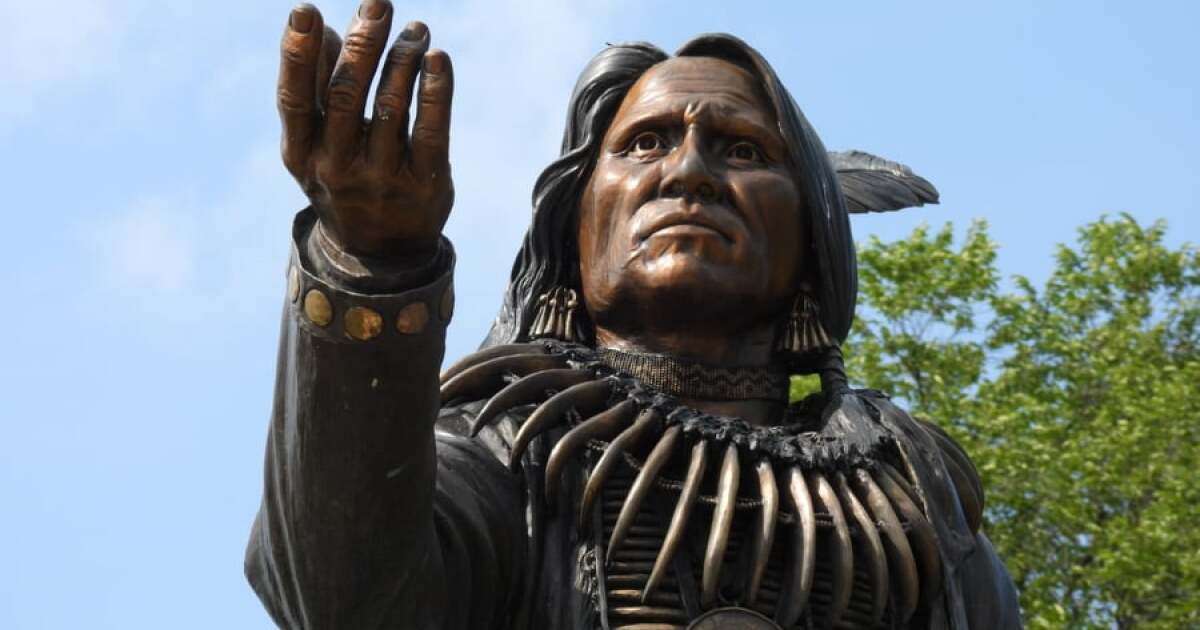 OMAHA, Nebraska (KMTV) – During a lawsuit to keep the U.S. military from returning him and his small group of Ponca tribesmen to their new reservation in Oklahoma, Chief Ponca Standing Bear s is held in the Omaha courtroom and reached out.

“This hand is not the color of yours, but if I pierce it I will feel pain,” Standing Bear told the judge. “If you pierce your hand, you also feel pain. The blood that flows from mine will be the same color as yours. I am a man. God created us both.”

The words spoken by Standing Bear – Maⁿchú-Naⁿzhíⁿ in the Ponca language – contributed to a revolutionary decision of the Federal Court; US Judge Elmer Dundy ruled that despite the federal government’s claim to the contrary, the Ponca were people under the law. The first civil rights victory for Native Americans confirmed that they were human.

November being Native American Heritage Month, the tribes of Nebraska offer interesting historical and cultural attractions where you can learn about the tribes that inhabit the state.

You can learn more about Chief Standing Bear by visiting La Ponca tribal museum near Niobrara. The site of an annual powwow in August, the museum is open weekdays and displays repatriated items, such as headdresses, tools and beadwork.

The tribal lands are also home to an educational trail leading to a life-size sculpture of the standing bear chief. With a circle of life painted on the square in front of it, it signifies the colors of life which include directions or seasons, such as white for east / spring, yellow for south / summer, red for the west / autumn and black for the north / winter. A colorful flower garden borders the square.

Chief Standing Bear is also recognized with a sculpture in the Statuary Hall of the United States Capitol in Washington, DC, and on the Centennial Mall in Lincoln.

Dedicated about two years ago, the Santee Dakota (Sioux) war veterans monument honors the men and women of the tribe who have served in the United States Army since the Civil War. Among the veterans are the 38 + 2, men who were accused and convicted of participating in the Dakota-United States War of 1862 in Minnesota.

Battles erupted over the United States’ decision to redirect an annual allowance owed to Dakota for the war effort. The annual payment was part of an agreement to cede much of southern Minnesota to the United States. Following a poor harvest, the lack of an allowance has left most Santee penniless and without options for food and clothing for the coming winter. New Ulm merchants refused to give credit to tribal members.

One day while hunting, a group of young Santee men encountered a farmer and his family. Fighting ensued and the family was killed. The act led to more skirmishes and then real battles. During the war, which lasted for several weeks, local residents demanded military support. Once the soldiers arrived, the Santee warriors escaped. However, several were captured and imprisoned, awaiting trial.

With 300 men tried and convicted, they were sentenced to death. President Lincoln’s advisers did not believe that executing so many people would be politically acceptable. He agreed and they decided on a new number – 38. The sentences of the others having been commuted, the 38 men were hanged in a public execution in Mankato, Minnesota on December 26, 1862. A special gallows was added. built for execution.

Two other men were captured elsewhere and executed, possibly without trial. The Santees group became known as 38 + 2.

Today, Reconciliation Park is located in front of the execution site. There is a public library there. A work of art with the names of 38 + 2 and a poem anchors the park, as well as statues, including that of a bison.

About 1,800 Santees, who had nothing to do with the fighting, were escorted to Fort Snelling, near St. Paul, where they were imprisoned for a year. Moved to the Crow Creek Agency, the Santee stayed there for a few years before being driven from central South Dakota to northeastern Nebraska on the Santees’ Trail of Tears. Today, the Santee observe their arrival on the banks of the Missouri River with a wacipi (powwow) each June.

Santee also has a small museum at the tribe’s headquarters, which is open to the public during the week.

Discover the Winnebago (Ho Chunk) clans at Sculpture garden in honor of the clans and cultural square. The garden features statues representing each of the 12 clans, explaining their meaning and the role each plays within the tribe.

The Winnebago moved to northeastern Nebraska in the mid-1860s. Chief Little Priest negotiated the land deal with the federal government, giving his tribe a permanent home. In return, Little Priest and a contingent of men would serve as scouts for the US military. It bothered Little Priest, but in the end he found a definitive place for the Winnebago.

The Winnebago Nation celebrates the return home of Little Priest and 75 Boy Scouts from their service. Celebrating its 155th year in 2021, the Homecoming event, held the last weekend of July, is the oldest powwow in North America, drawing hundreds of dancers and thousands of visitors.

After completing her medical training at the Women’s Medical College of Pennsylvania, Dr. Picotte returned to the Omaha Reservation, which strengthens the Winnebago Reservation, to serve the people.

She made a dream come true by opening a small hospital in Walthill, which is located on the reserve. Dr. Picotte, who suffered from chronic illnesses most of her life, was unable to work at the hospital named after her.

The hospital, which has become dilapidated and uninhabitable over the years, was listed on the National Register of Historic Monuments in 1993. The Nebraska Medical Association raised funds to renovate the facility and have it serve the public as a center. learning and museum.

Dr Picotte, who died in 1915 at the age of 49, is honored with a statue on Lincoln’s Centennial Mall. The sculpture was dedicated as part of Nebraska’s first Indigenous Peoples Day in October.

The Omaha Nation celebrates its harvest with a powwow held in August.

After the Battle of Little Bighorn in 1876, Crazy Horse refused to surrender to US authorities or flee to Canada, as others did. He carried out attacks on military targets for another year before realizing he had no choice but to surrender.

Under armed guard at Fort Robinson, Crazy Horse was stabbed to death by a soldier. Stories clash, with some people believing he attempted to escape, while some Native Americans believe he was murdered, due to his status as a spiritual warrior. A Memorial pays tribute to Crazy Horse Paris.

More than a dozen Native American tribes once lived in Nebraska before moving on their own or being forcibly evicted. The four tribes of Nebraska today have centuries of history that are often celebrated through stories and powwows. Each tribe welcomes visitors and encourages the public to attend their powwows.

Download our apps today for all of our latest coverage.

Get the latest news and weather delivered straight to your inbox.